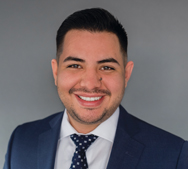 Reuben A. Aguirre is an associate in the Denver office of Gibson, Dunn & Crutcher where he practices in the firm’s Litigation Department.  Mr. Aguirre’s practice focuses on three areas: cybersecurity and data privacy, government investigations, and complex civil litigation.

Mr. Aguirre has counseled a national homebuilder on data privacy and cybersecurity issues, a multinational card payment organization on data security breach issues, and a technology company in response to the Federal Trade Commission’s largest settlement in history.

Mr. Aguirre has counseled and defended various entities responding to government investigations, including: the board of directors of a major private U.S. university, a global real estate company, a ride-sharing company, and a technology company.

Prior to joining Gibson Dunn, Mr. Aguirre worked for an international law firm as an associate in San Francisco and summer associate in Washington, D.C.  While attending Northwestern University Pritzker School of Law, Mr. Aguirre drafted briefs for the United States Supreme Court Clinic, was an extern for the Honorable Edmond E. Chang of the Federal District Court for the Northern District of Illinois, served as Co-President of the Native American Law Students Association, Senior Articles Editor for the Northwestern Journal of Law and Social Policy, and was finalist at the National Puerto Rican Bar Association Moot Court Competition.

Prior to attending law school, Mr. Aguirre worked advocating for migrant farmworker rights in Colorado’s San Luis Valley and educational equity in Colorado public schools.  At the University of Denver, Mr. Aguirre was a Bill Daniels scholar and a Debate Union scholar.  Mr. Aguirre received his International Studies B.A. from the Josef Korbel School, a B.A. in Spanish, and a minor in Philosophy from the College of Arts, Humanities, and Social Sciences.

Mr. Aguirre is admitted to practice law in the states of Colorado and California and in the U.S. District Court for the Northern District of California.

University of Denver - 2014 Bachelor of Arts