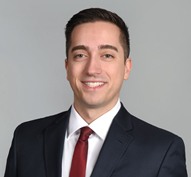 ​Thomas Alexander is an associate in the Los Angeles office of Gibson, Dunn & Crutcher.  He currently practices in the firm’s Corporate Department.

Mr. Alexander earned his law degree in 2015 from the UCLA School of Law, where he completed the Entertainment, Media, and Intellectual Property specialization and was elected to the Order of the Coif.  While in law school, Mr. Alexander served as Associate Editor of the UCLA Law Review and as a judicial extern to the Honorable Kim McLane Wardlaw on the U.S. Court of Appeals for the Ninth Circuit.  He graduated from the University of Southern California in 2011 with a Bachelor of Arts degree in Biological Sciences and Neuroscience and a Minor in Cinematic Arts.

Mr. Alexander is admitted to practice law in the State of California.