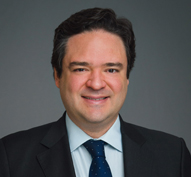 Fernando Almeida is an of counsel based in the São Paulo office of Gibson, Dunn & Crutcher and a member of the Firm’s Capital Markets, Mergers and Acquisitions, FCPA, White Collar Defense and Investigations, Global Finance, Securities Enforcement, Securities Regulation and Corporate Governance, and Latin America Practice Groups.

Mr. Almeida has extensive experience advising major international and Brazilian investment banks, corporations and private equity investors in a wide range of cross-border transactions involving Brazil.  Mr. Almeida has represented various issuers and underwriters in cross-border public and private offerings of equity and debt securities, as well as in private placements and bank financings.  He also has significant experience advising foreign investors in the acquisition of, and joint venture formation with, Brazilian public and private companies, and serves as counsel to Brazilian companies in cross-border business combinations.  Mr. Almeida has been described by legal publication Latin Lawyer as being well versed in Brazilian capital markets work and has been recognized by Legal 500 as a prominent member of Gibson Dunn’s Latin America capital markets practice.  He is also recognized by The Best Lawyers in Brazil as a leading lawyer in banking and finance, capital markets, and corporate and M&A law.

Prior to rejoining Gibson, Dunn & Crutcher, where Mr. Almeida worked in Gibson Dunn’s New York office from 2004 through 2006, he practiced for almost six years in the New York and São Paulo offices of Skadden, Arps, Slate, Meagher & Flom. He was also a foreign associate in the New York office of Shearman & Sterling.  Mr. Almeida is a citizen of Brazil and, prior to becoming a U.S. lawyer, practiced Brazilian law in São Paulo, including as in-house counsel to CSFB Garantia, where he advised the bank’s various business units.

Mr. Almeida earned a law degree from the University of São Paulo School of Law and an LL.M. from Columbia Law School, where he was a Harlan Fiske Stone Scholar.  He also holds an executive MBA from Fundação Getulio Vargas. Mr. Almeida is a member of the New York State bar and is fluent in both English and Portuguese.

M&A Compliance and Integrity Due Diligence

* Matters handled by Mr. Almeida prior to joining Gibson Dunn.