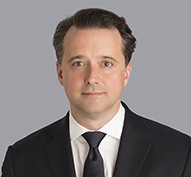 D. Jarrett Arp is a partner in the Washington, D.C. office of Gibson, Dunn & Crutcher, where his practice focuses on antitrust and competition law counseling, investigations, and litigation before U.S. trial and appellate courts.  A member of the Virginia, District of Columbia, and Brussels Bars and a solicitor of England and Wales, Mr. Arp has represented companies and individuals in international competition law matters, including numerous significant cartel investigations, over the course of twenty years.

Among other recognitions, Mr. Arp is the continuing Co-Chair of the ABA/IBA International Cartel Workshop (2012, 2014, 2016, 2018 & 2020), the preeminent international cartel enforcement conference worldwide, and for years has been ranked as a leading antitrust lawyer by Chambers USA, Chambers Global, The International Who’s Who of Competition Lawyers, PLC’s The Law and Leading Lawyers Worldwide, Euromoney Legal Group’s Guide To The World’s Leading Competition & Antitrust Lawyers, U.S. News & World Report’s Best Lawyers, and the peer-selected Best Lawyers In America, among others.  Chambers describes Mr. Arp as “a ‘fantastic lawyer,’ particularly recognized for his cartel expertise,” who is “a veteran litigator, proven at both trial and appellate level[s].”

Mr. Arp co-authored the antitrust criminal investigations chapter of a leading treatise, Defending Corporations and Individuals in Government Investigations (West, 2011 & 2013 eds.).  During  2002-2010, he served as the Editor-in-Chief of Antitrust Report, the quarterly U.S. law periodical published by Mathew Bender and Lexis/Nexis.  He has also served as a member of the ABA’s International Cartel Taskforce (2012-2014), an Associate Editor of the ABA’s Antitrust magazine (1999-2008), an Editor of the ABA’s First Supplement to Competition Laws Outside the United States (2005), and an Adjunct Professor of Law at the Washington & Lee University Law School (teaching antitrust; 2002-2005).  He has been quoted in the media, as well as written articles and delivered speeches, in the United States and Europe addressing a variety of antitrust law subjects, including Internet and online competition as well as international cartel enforcement policy and practice.

Mr. Arp previously served as an officer with the United States Army’s 101st Airborne Division and as a Special Assistant United States Attorney for the Middle District of Tennessee.  Mr. Arp received his law degree in 1991 from William and Mary, where he served as an Executive Editor of the William and Mary Law Review.  He earned a Bachelor of Arts degree in Political Science from Wheaton College in 1988.