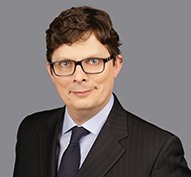 Nicolas Autet is Of Counsel in the Paris office of Gibson, Dunn & Crutcher LLP, where he serves as a member of the firm’s Administrative Law, Government Contracts as well as Antitrust and Competition Practice Groups.

Specialized in public law, Mr. Autet’s practice is focused on public-private partnerships, antitrust and French and European regulatory law, with particular expertise in the rail, energy banking and insurance sectors. He also practices litigation and arbitration.

He has extensive experience representing and assisting the French State, governmental bodies, state-owned and private entities in their development, the management of their regulatory environment and their administrative proceedings.

Legal 500 EMEA 2022 recommends Mr. Autet in its Administrative and Public Law category. Past editions have described as as a “highly experimented” and “highly involved” lawyer.

Best Lawyers in France also consistently ranks him into its Administrative law category.

Prior to joining Gibson, Dunn & Crutcher in 2004, Mr. Autet spent two years at a major U.S. law firm and another two years working for a top French law firm.

Admitted to the Paris Bar, he has master’s degrees in both Litigation (obtained in 1995) and European Competition Law (1998) from University of Paris I – Panthéon-Sorbonne. He also received a diploma from the Institut d’Etudes Politiques (IEP) de Paris in 1996. He is a member of the International Bar Association.

Mr. Autet is fluent in English.