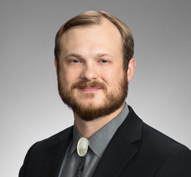 Phil Axt is a litigation associate in the Dallas office of Gibson, Dunn & Crutcher.

Mr. Axt graduated from Yale Law School, where he was President of the Veteran’s Association, Executive Vice President of the Federalist Society, and Managing Editor of the Yale Journal of Law & Technology.  After law school, Mr. Axt clerked for Judge Jennifer Walker Elrod on the U.S. Court of Appeals for the Fifth Circuit.

While at Gibson Dunn, Mr. Axt has represented clients in trial and appellate proceedings in both state and federal courts.  Representative matters include:

Mr. Axt is a member of the Texas and North Dakota bars.  He is also admitted to practice before the United States Court of Appeals for the Fifth Circuit and the United States District Courts for the Northern and Southern Districts of Texas.

Prior to law school, Mr. Axt was a Captain in the United States Army and a military intelligence officer.  His awards from military service include the Bronze Star.  He graduated from the United States Military Academy at West Point as a Distinguished Cadet, receiving a Bachelor of Science in Economics.