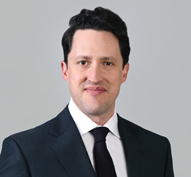 Mr. Bach represents and counsels businesses, individuals, and non-profit clients in contract and intellectual property matters in the film, television, music, technology, fashion, and telecommunications industries; in global regulatory and governmental investigations; and in numerous other disputes and transactions.  Mr. Bach was named a 2020 Litigator of the Week, by AmLaw Litigation Daily after obtaining dismissal of claims brought by recording artists against Universal Music Group in a proposed $100 million class action over UMG’s master recording losses in a 2008 warehouse fire. He has been recognized as a 2021 Rising Star in Media and Entertainment Litigation by Legal 500, and as One to Watch in Entertainment and Sports Law in The Best Lawyers in America® 2021. He practiced in the firm’s London office from 2011 to 2013.

Mr. Bach is the editor of Gibson Dunn’s semi-annual Media, Entertainment and Technology Practice Group’s Client Update, covering cutting-edge developments in copyright, trademark, film, television, and music law.  (Updates are accessible below.)  His writing is also published in Volume 19, Issue 1 of the Georgetown Journal of Legal Ethics (“Trial Lawyer on the Ticket”), and in Getting the Deal Through (“U.S. Enforcement of Foreign Judgments 2014”).  He has contributed to work published in the International Arbitration Law Review (“The IBA Rules Lay the Ground for Solutions to Address Electronic-Document-Production Disputes”), and in U.C. Davis Law Review (“United States Immigration Law as We Know It: El Clandestino, the American Gulag, Rounding Up the Usual Suspects”).

During law school, Mr. Bach served as a judicial extern for the Honorable Kim McLane Wardlaw of the Ninth Circuit Court of Appeals and for the Honorable Nora M. Manella of the United Stated District Court, Central District of California.

Mr. Bach sits on the board of ShareWell, which operates the Cayton Children’s Museum in Santa Monica.  He is a member of the LA Copyright Society; the Entertainment Law and Intellectual Property Section of the LA County Bar Association; and the American Bar Association, Communications Law Forum.  Mr. Bach is the former co-chair of the American Constitution Society’s Los Angeles Lawyers Chapter.