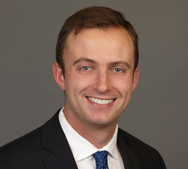 Matt Ball is a litigation associate in the Denver office of Gibson, Dunn & Crutcher.  He is a member of the firm’s Appellate and Constitutional Law and White Collar Defense and Investigations practice groups.  Mr. Ball has successfully represented clients across state and federal trial and appellate courts, and has argued appeals before the United States Court of Appeals for the Ninth Circuit, Sixth Circuit, and the Colorado Court of Appeals.

Mr. Ball also maintains an active pro bono practice, with a focus on criminal defense and immigration matters. Highlights include:

Prior to joining the firm, Mr. Ball served as a law clerk for the Honorable Carlos T. Bea of the Ninth Circuit Court of Appeals.

Mr. Ball graduated from Stanford Law School in 2018, where he was a member of the Stanford Supreme Court Clinic and won Best Oralist in the Kirkwood Moot Court Competition.  While in law school, Mr. Ball also served as co-president of the International Refugee Assistance Project.  Mr. Ball received his B.A. from Wesleyan University in 2008.

Before attending law school, Mr. Ball was an officer in the United States Army, where he served as an Army Ranger, deployed four times, and received two Bronze Star Medals.  Mr. Ball continues to serve as a Major in the Army Reserves.

Mr. Ball is admitted to practice in Colorado and California.