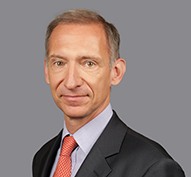 Nicolas Baverez is a partner in the Paris office of Gibson, Dunn & Crutcher, and a member of the firm’s Administrative Law, Government Contracts, Antitrust, Trade and Compliance practice groups.

Mr. Baverez’s practice is focused on privatizations, public-private partnerships, regulatory law, complex transactions and litigation cases. He has extensive experience representing and assisting the French State, governmental bodies and state-owned and private entities in their development, the management of their regulatory environment, their administrative on constitutional litigation and arbitration proceedings. His experience includes:

Legal 500 EMEA 2022 highlights Nicolas Baverez in its Administrative and public law category, describing him as a “very knowledgeable and experienced, but also service-oriented and dedicated” lawyer. Previous editions described “a highly sought-after adviser” with a “top-notch practice.” Previous editions commented: he “is an emblematic figure who manages a unique and sophisticated caseload” ; he is “highly experimented” and a “one-of-a-kind adviser”. Chambers Europe (2008-2016) also noted that Mr. Baverez “is a favourite with public bodies”. Best Lawyers in France consistently recommends him for Public Law, Administrative Law and Regulatory law while Who’s Who Legal has accordingly consistently listed him in its Administrative litigation category.

Before joining Gibson Dunn in 2004, Mr. Baverez served as a magistrate in the Cour des Comptes. Prior to that, he was a member of staff for the President of the French Parliament and the Director of Communication and Business Development at FIMALAC. He has previously managed the Public Law practice of two Paris law firms.

Admitted to the Paris Bar since 1998, Mr. Baverez graduated from Ecole Nationale d’Administration (ENA) in 1988. He received a PhD in History from University Paris 1 – Panthéon Sorbonne in 1986, he also received a diploma from Ecole Normale Supérieure (ENS) in 1984, and graduated in Social Sciences from University Paris I – Panthéon-Sorbonne in 1983. Prior to that, he graduated from Institut d’Etudes Politiques de Paris in 1982.

He is fluent in English.