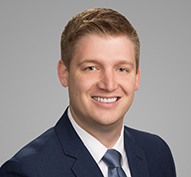 Mr. Bean earned his Juris Doctor summa cum laude from the J. Reuben Clark Law School at Brigham Young University. While attending law school, Mr. Bean served as a Lead Articles Editor of the Brigham Young University Law Review and published multiple articles in the Law Review. Mr. Bean also received several notable awards, including the J. Reuben Clark Award for exemplifying academic excellence, integrity, high ethical standards, and service, and the Hugh B. Brown Barrister’s Award, which is presented to one third-year student in recognition of high standards of preparation and performance in the classroom. Mr. Bean was also elected to the Order of the Coif.

Mr. Bean is a member of the State Bar of Texas and admitted to practice in U.S. Courts of Appeal for the Fifth Circuit.