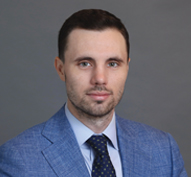 Chase Beauclair is a litigation associate in the Palo Alto office of Gibson, Dunn & Crutcher.

Mr. Beauclair represents a range of clients in complex litigation, including securities and antitrust class actions.  In addition, he has represented clients in federal and regulatory investigations.

Mr. Beauclair earned his Juris Doctor in 2018 from New York University School of Law, where he served as an Editor and on the Submissions Committee for the NYU Journal of Law and Business. He graduated from the University of Washington with a Bachelor of Arts in Political Science and Law, Societies & Justice.

Mr. Beauclair is admitted to practice in the States of California and New York, in the Southern and Eastern Districts of New York, and the Sixth Circuit Court of Appeals.

University of Washington - 2014 Bachelor of Arts