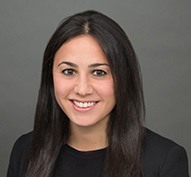 Ms. Benvenisty has represented a broad range of clients, both U.S.-based and foreign, in the real estate, entertainment, manufacturing, and media industries.  She has had numerous “first chair” roles in trials and arbitrations.  In 2018, she was part of the victorious Gibson Dunn team that represented CNN and Jim Acosta in connection with the White House’s revocation of Mr. Acosta’s press credentials.  In 2020 and 2021, Ms. Benvenisty played a critical part in a constitutional challenge brought by small-scale New York landlords to New York State’s COVID-19 eviction moratorium, in which the United States Supreme Court granted her clients an extraordinary emergency injunction pending appeal.

Ms. Benvenisty has worked with experts in economics, real estate valuation, statistics, and the environmental sciences.  She also provides broader strategic advice to corporate clients in crisis situations, including by working with in-house and outside public relations teams.

Other highlights of Ms. Benvenisty’s practice include:

Ms. Benvenisty has been recognized as “One to Watch” in Commercial Litigation by The Best Lawyers in America®.

Ms. Benvenisty is admitted to practice in the State of New York.