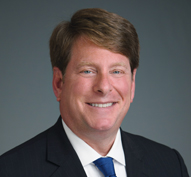 Matthew L. Biben, Co-Chair of Gibson Dunn’s Financial Institutions Group and member of the firm’s White Collar Defense and Investigations Group, focuses on the expert negotiation and litigation of disputes including regulatory and enforcement matters on behalf of both individuals and organizations.  His diverse litigation practice includes matters related to financial institutions and FinTech companies as well as civil disputes, securities and bankruptcy litigation, and complex matters involving the government.

Mr. Biben is a former large bank general counsel and federal prosecutor, he routinely acts as counsel in litigated disputes and internal investigations of both domestic and international matters involving, among others the Department of Justice (DOJ), Securities Exchange Commission (SEC), Federal Reserve Board (FRB), Office of Comptroller of the Currency (OCC), Consumer Financial Protection Bureau (CFPB), New York Department of Financial Services (NYDFS), state attorneys general and foreign regulators. He is a Benchmark Litigation “Litigation Star” who is nationally recommended by Chambers USA and The Legal 500 US, where he has been described as a “tenacious but balanced litigator” and is “known to be an expert.”

Prior to joining Gibson Dunn in August 2019, Mr. Biben was a litigation partner at Debevoise & Plimpton LLP, where he was co-leader of the Banking Industry Group, and member of the White Collar & Regulatory Defense Group.

Prior to his tenure at JPMorgan Chase, Mr. Biben served as Executive Vice President and Deputy General Counsel of The Bank of New York Mellon Corporation for almost seven years, becoming the second youngest person in BNY’s history to be promoted to Executive Vice President. Mr. Biben also served as BNY Mellon’s Global Head of Litigation and supervised various corporate functions that included the Office of the Corporate Secretary.

Mr. Biben spent the first 12 years of his career in government, serving in the U.S. Attorney’s Office for the Southern District of New York, where he was an Assistant U.S. Attorney in the Criminal Division and received the Attorney General’s Director Award for superior performance. Previously, he was an Assistant District Attorney in the New York County District Attorney’s Office. He argued numerous appeals in the Second Circuit Court of Appeals and was lead counsel in more than 25 federal and state trials.

Mr. Biben received a B.S. from Cornell University in 1989 and a J.D. from the University of Pennsylvania Law School in 1992.