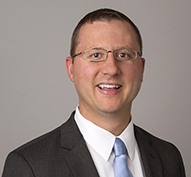 Brandon L. Boxler is a litigation associate in the Washington, D.C. office of Gibson, Dunn & Crutcher.  He is a member of the firm’s Appellate and Constitutional Law and Administrative Law and Regulatory practice groups.

Mr. Boxler focuses his practice on complex commercial litigation at the appellate level. With experience arguing appeals in state and federal court, he has represented clients throughout the country in a wide variety of appellate matters. He has represented clients before the Supreme Court of the United States, a majority of the federal courts of appeals, and multiple state supreme courts, including cases involving constitutional rights, class actions, products liability, copyright protections, antitrust law, and preemption.

Mr. Boxler also has substantial experience litigating in state and federal trial courts, including multiple successful APA challenges to agency action.  He regularly provides strategic and briefing support to trial attorneys at the firm, and has defended clients against putative class actions, products liability claims, and allegations of employment discrimination.

Before joining Gibson Dunn, Mr. Boxler clerked for the Honorable Ed Carnes of the U.S. Court of Appeals for the Eleventh Circuit.  He also practiced at another major international law firm, where he focused on complex commercial litigation at the trial and appellate levels.

Mr. Boxler is admitted to practice in the District of Columbia and Virginia.

*Representation occurred prior to Mr. Boxler’s association with Gibson Dunn.

University of Richmond - 2005 Bachelor of Arts