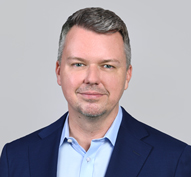 Land Use and Development Energy Power and Renewables Real Estate

Mr. Champion is a partner in the Los Angeles office of Gibson, Dunn & Crutcher, where he is a member of the firm’s Real Estate Department.

Mr. Champion represents real estate developers, energy companies, institutional lenders, and other clients in the entertainment and education sectors in a broad range of matters, including the negotiation and processing of land use approvals; the purchase, sale and leasing of commercial, mixed-use and multi-family assets; the development of solar and wind energy projects; the origination and restructuring of mortgage debt; and the negotiation of title insurance.  As part of the team serving as outside general counsel to the Tejon Ranch Conservancy, Mr. Champion also has significant expertise in the negotiation and administration of conservation easements and related issues of range-land conservation.

Chambers USA recognized Mr. Champion as an up and coming attorney in California Real Estate in their 2022 publication.  Mr. Champion was elected as a fellow of the American College of Real Estate Lawyers (ACREL) in 2019, and has been named as one of the Best Lawyers in America in Real Estate Law from 2018-2022.  In 2019 Mr. Champion was recognized as a “Next Generation Lawyer” by Legal 500 in the area of land use and zoning, and he was selected as a Southern California Rising Star in 2009 and 2013-2019, inclusive, by Law and Politics magazine, and was named a “Super Lawyer” for Southern California for 2020.  He was the recipient of the firm’s 2011 Frank Wheat Award for Pro Bono Deal Team of the Year.  In July 2013, Mr. Champion was named one of the 40 Best LGBT Lawyers Under 40 by the National LGBT Bar Association.  Mr. Champion serves on the firm’s Hiring Committee and is a member of the firm’s Diversity Committee.  He also served as co-coordinator of the Los Angeles Summer Associate Program in the summer of 2011.