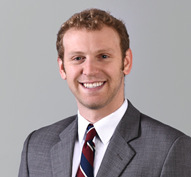 Mr. Coe-Odess received his Bachelor of Arts degree from Harvard University, where he majored in Psychology and minored in English.

Mr. Coe-Odess is admitted to practice law in the State of California and before the United States District Court for the Central District of California.