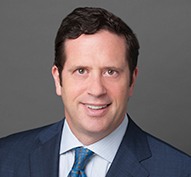 Mr. Cohen was the prosecutor of Jordan Belfort and Stratton Oakmont, which is the focus of “The Wolf of Wall Street” film by Martin Scorsese.  He was an advisor to the OECD in connection with the effort to prohibit corruption in international transactions and was the first Department of Justice legal liaison advisor to the French Ministry of Justice.  Mr. Cohen is highly-rated in Chambers, where practitioners and clients have noted that he “is very, very good at getting the big picture . . . understanding where his clients want to be, which leads to better strategic judgments,” he has “incredibly strong substantive depth melded with a risk-based practicality,” “strong trial skills and handling of large-scale investigations,” “has a finger on the pulse of the regulators and government,” is “very, very smart and very knowledgeable,” and praised his ability to “handle very intense, complex matters with regulatory authorities and really just deliver great results.”  Mr. Cohen has been repeatedly named a leading white collar criminal defense attorney by The Best Lawyers in America®, a “Litigation Star” and national Top 100 Trial Lawyer by Benchmark Litigation, an “MVP” by Law360, one of the world’s leading practitioners in White Collar Crime in Legal Media Group’s Expert Guides – White Collar Crime, a “Super Lawyer” in Criminal Litigation, by Global Investigations Review, and his work has been noted by Legal 500 in the areas of white collar criminal defense and securities litigation.

Mr. Cohen has achieved significant victories pretrial and at trial in many high-profile matters, including:

From 1992 to 1999, Mr. Cohen served as Assistant United States Attorney in the Eastern District of New York, supervising the Business/Securities Fraud Unit, where he received numerous awards from the Department of Justice and law enforcement agencies.

Mr. Cohen is committed to pro bono work.  He serves on the board of or acts as outside counsel to several prominent nonprofit entities, including as Board Chairman for Lawyers Without Borders, Jericho Project, and the National Center for Law and Economic Justice.  He successfully led a team of Gibson Dunn attorneys in representing all plaintiffs in a high-profile immigration civil rights case (Barrera v. Boughton) in Connecticut federal court, which resulted in the largest settlement in history for such claims, for which Gibson Dunn was awarded the National Legal Aid & Defender Association’s Beacon of Justice Award, and The New York Times noted the accomplishment in an editorial, and his team received the National Law Journal’s Hot Pro Bono designation. In addition, the National Center for Law and Economic Justice awarded the Gibson Dunn team led by Mr. Cohen the Pro Bono Leadership Award for their work behalf of Migrant Justice and individual Migrant Justice members against ICE and Vermont authorities who allegedly stifled their First Amendment rights. He recently has been lead counsel for several New York City and Buffalo community groups advocating for public disclosure of police disciplinary records.  He is a 2020 recipient of the ”Responsible 100” award from City & State for his contributions as a “socially responsible leader in New York.”