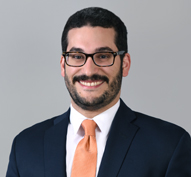 Billy Cole is an associate in the Los Angeles office of Gibson, Dunn & Crutcher.  He practices in the firm’s Litigation Department and in the Appellate and Constitutional Law and Class Actions practice groups.  Mr. Cole represents clients in high-stakes business disputes and constitutional litigation in trial and appellate courts across the country.  He has represented clients across many substantive areas of law, including labor and employment, constitutional, consumer fraud, products liability, trade secrets, construction, environmental, contract, legal malpractice, and entertainment.  Mr. Cole also regularly advises clients with respect to compliance with federal and state laws.

Prior to joining Gibson Dunn, Mr. Cole served as a law clerk to the Honorable Edith H. Jones of the United States Court of Appeals for the Fifth Circuit.

Mr. Cole is admitted to practice in California, the United States Court of Appeals for the Fifth and Ninth Circuits, and the U.S. District Court for the Central District of California.