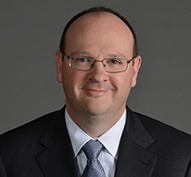 Mr. Collins is a frequent writer and speaker on securities litigation and corporate governance topics, and has regularly worked on securities class action law reform matters.  His many civic activities include membership on the Board of Trustees of the Silicon Valley Campaign for Legal Services.

Facebook, Inc.  Mr. Collins represents Facebook, Inc. in securities class action and related stockholder derivative litigation pending in state and federal courts in California and Delaware arising out of Facebook’s announcement in 2018 that certain data obtained by third-party app developers had been improperly sold to political consultants and others.  Measured by market capitalization losses on the dates of relevant disclosures, the federal securities litigation is among the largest in U.S. history.  The United States District Court for the Northern District of California recently dismissed the securities class action on the grounds that the class plaintiffs failed adequately to plead that Facebook and its senior executive officers made any false or misleading statement or made any such statement with an intent to defraud Facebook’s investors.

Intel Corporation.  Mr. Collins represented Intel in cross-border cases arising from the initial public offering of Smart Technologies, Inc., a company in which Intel had a substantial investment.  After Intel invoked defenses based on Smart’s simultaneous sale of securities in both the United States and Canada, which were listed on both the Nasdaq and the Toronto securities exchanges, the cases in both the U.S. and Canada were settled on terms involving no settlement payment by Intel.  The U.S. securities class action was litigated in the United States District Court for the Southern District of New York.

Daimler AG.  Mr. Collins represents Daimler AG and members of its Board of Management in a federal securities class action brought by purchasers of Daimler’s Level 1 unsponsored American Depositary Receipts traded in over-the-counter markets in the United States.  Plaintiffs allege that Daimler and certain of managers misrepresented the efficacy of the emission control system in certain Mercedes-Benz diesel vehicles sold in markets around the world.  The securities litigation is pending in the United States District Court for the Central District of California.

Microsoft Corp.  Mr. Collins represented Microsoft and certain of its senior executive officers in a securities class action arising from Microsoft’s disclosures relating to its Surface RT tablet, which was introduced to the market in October 2012.  Plaintiffs sued shortly after Microsoft announced that it would reduce the retail price of Surface RT and concurrently adjusted the carrying value of its inventory.  Microsoft’s motion to dismiss was granted and the Ninth Circuit Court of Appeals affirmed a final judgment in defendants’ favor.

VMware, Inc.  Mr. Collins represented VMware and the members of its Board of Directors in connection with breach of fiduciary duty litigation brought by its public stockholders challenging the acquisition of VMware’s corporate parent, EMC, by Dell Technologies.  After the Delaware Court of Chancery dismissed the complaint as to VMware and its directors, the transaction closed on schedule.

DepoMed, Inc.  Mr. Collins represented DepoMed, Inc., a California pharma company, in connection with its defense against a hostile takeover attempt by Horizon Pharma PLC.  In connection with DepoMed’s defense, DepoMed sued Horizon alleging illegal use by Horizon of certain confidential materials obtained by Horizon pursuant to a non-disclosure agreement relating to DepoMed’s flagship NUCYNTA pain management drug in an unrelated transaction with a third-party.  Horizon also sued, alleging that DepoMed’s stockholder rights plan, as well as certain amendments to its bylaws relating to stockholder meetings, are impermissible under California law.

Intel Corporation.  Mr. Collins represents Intel Corporation and McAfee, Inc. in a stockholder class action arising out of Intel’s $7.7 billion all-cash acquisition of McAfee, Inc.  Plaintiffs alleged that McAfee’s directors breached their fiduciary duties by, among other things, conducting an unfair sale process, and that Intel and McAfee aided and abetted McAfee’s directors in their breaches of fiduciary duties.  Defendants defeated plaintiffs’ early attempt to obtain expedited discovery, and following limited discovery, plaintiffs chose not to seek an injunction of the deal, instead pursuing post-closing damages claims.  Gibson Dunn secured a complete victory on a motion for summary judgment for defendants Intel, McAfee, and former members of McAfee’s board of directors, demonstrating that McAfee’s board conducted a process reasonably designed to maximize the sale price.

Hua Capital Management.  Mr. Collins represented a consortium of private equity purchasers in connection with litigation challenging the consortium’s $1.9 billion bid to acquire OmniVision Technologies.  Plaintiffs sued on behalf of a class of OmniVision stockholders, alleging that OmniVision’s directors breached their fiduciary duties by pursuing an unfair sale process and entering into the proposed transaction at an unfair price, and filing false or misleading proxy materials relating to the transaction.  Gibson Dunn defeated the stockholder-plaintiffs’ motion to enjoin the special meeting of OmniVision’s stockholders to approve the transaction and is now defending the plaintiffs’ claims for damages.

Diamond Foods.  Mr. Collins represented the Audit Committee of the Board of Directors of Diamond Foods in its investigation of certain payments to commodity suppliers and the company’s accounting for those payments.  Following a financial restatement, Mr. Collins represented Diamond’s independent directors in the ensuing civil litigation.  We obtained dismissals of the civil litigation in the United States District Court for the Northern District of California, the Delaware Court of Chancery, and the California Superior Court for the County of San Francisco.

Emulex Corp.  Mr. Collins represented Emulex Corporation in its defense of an unsolicited tender offer and related proxy contest launched by Broadcom Corp. in 2009.  Emulex invoked the “just say no” defense and, after months of litigation, Broadcom dropped its hostile bid on the eve of trial in the Delaware Court of Chancery.

Amazon.com.  Mr. Collins defended Amazon.com and its officers and directors in 15 class action cases filed in the United States District Court for the Western District of Washington, alleging that the Company issued misleading disclosures concerning its strategic partnering relationships, and improperly accounted for the revenues in connection with those partnering relationships.  Our motions to dismiss were granted with respect to a majority of claims, and the remainder were successfully resolved by favorable settlement.

University of Washington - 1989 Bachelor of Arts