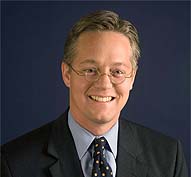 Ethan Dettmer is a partner in Gibson, Dunn & Crutcher’s San Francisco office where he is a member of the firm’s Litigation practice, and serves on the steering committee of the firm’s Securities Litigation Practice Group.

Mr. Dettmer is a trial lawyer who has represented clients in a wide variety of business-related disputes, including privacy and technology, securities, insurance, corporate governance, professional malpractice, and transnational litigation. He has represented clients in high-profile constitutional litigation involving equal protection and due process claims, and cases involving First Amendment and preemption questions. He also represents clients in connection with governmental investigations and internal corporate investigations.

Mr. Dettmer was one of the founding co-chairs of the Bay Area Offices’ Pro Bono Committee, and has argued appeals and led successful trial teams on behalf of pro bono clients in state and federal courts.  He serves as a member of the board of directors of OneJustice, which is dedicated to expanding the availability of legal aid to Californians in need (www.one-justice.org).  He is also a member of the pro bono advisory board of Swords to Plowshares, which serves homeless veterans in the Bay Area (www.swords-to-plowshares.org).

Mr. Dettmer is the chair of Gibson Dunn’s firm-wide Associates Committee, and serves as the hiring partner for the firm’s San Francisco office.  He is also a member of the firm’s Associate Compensation, Hiring, and Professional Development Committees.  He is co-author of the firm’s treatise entitled “Securities Litigation:  A Practitioner’s Guide” (published by PLI).

Mr. Dettmer is a member of the State Bars of California and Michigan, and is admitted to practice in various federal courts.  He was a law clerk to the late Justice James H. Brickley of the Michigan Supreme Court before joining Gibson Dunn, and is an honors graduate of Harvard College and the University of Michigan Law School.  Mr. Dettmer was an admissions and financial aid officer at Harvard and Radcliffe Colleges before attending law school.