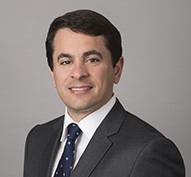 Adam J. Di Vincenzo is a partner in Gibson Dunn’s Antitrust and Competition Law Practice Group.  Described by Who’s Who Legal as a “go-to name on competition investigations” and “a highly esteemed figure in the market,”  he represents clients in government antitrust and competition investigations and litigation, including matters involving business conduct, and proposed mergers, acquisitions, and joint ventures.

Mr. Di Vincenzo’s practice encompasses a wide range of antitrust matters arising in and outside the U.S.  He has represented numerous clients (including public companies and private equity sponsors and their portfolio companies) before antitrust and competition enforcement authorities in the United States (including the DOJ and FTC), European Union, and other jurisdictions in connection with mergers, acquisitions, joint ventures, conduct, intellectual property issues, and other matters.

Mr. Di Vincenzo currently serves as a Senior Editor of the American Bar Association’s Antitrust Law Journal and as an editor of Antitrust Laws & Trade Regulation: Desk Edition (published by LexisNexis).  He previously served as a Vice Chair of the Communications and Digital Technology Industries Committee of the ABA’s Section of Antitrust Law.

His representative publications and speaking engagements include:

University of Richmond - 1997 Bachelor of Arts