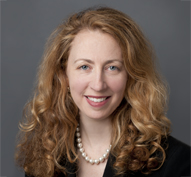 Ms. Elliot represents clients in a wide range of industries and has extensive experience litigating complex, multi-party and multi-jurisdictional, high profile mass torts and high-value commercial cases in trial and appellate courts around the country. She has defended pharmaceutical and biotech companies in cases involving a broad spectrum of well-known products such as antibiotics, anti-inflammatories, contraceptives, lead pigment, medical devices, NSAIDs, pesticides, and vaccines.  She also often assesses product liability risks in connection with planned corporate acquisitions on behalf of acquiring companies.  In addition, Legal Media Group has named Ms. Elliot to its Expert Guides Guide to the World’s Leading Women in Business Law for Product Liability three times.

Ms. Elliot graduated from Brown University in 1989 with honors (International Relations) and received her Juris Doctor from the University of Chicago Law School in 1993.  She is a member of the Committee on Drugs and Medical Devices for the Defense Research Institute, and served two terms as a member of the Product Liability Committee for the Association of the Bar of the City of New York.

Ms. Elliot is admitted to practice in New York.

Ms. Elliot defended PricewaterhouseCoopers LLP (“PwC”) and multiple PwC partners against highly publicized fraud and breach of contract claims seeking hundreds of millions of dollars brought by the City of Los Angeles in connection with the implementation of a customer information system for the City’s Department of Water and Power (LADWP).  Ms. Elliot’s team uncovered evidence that the City’s counsel perpetrated a massive fraud on the Court and the public in a related case to deflect blame from the City to PwC for problems with LADWP’s billing system.  PwC secured the summary judgment dismissal of all but one of the individual defendants and prevailed on every one of its discovery motions related to the City’s fraud.  Faced with adverse rulings (including a finding of crime-fraud), the City dismissed with prejudice all claims against PwC and the remaining individual defendant.  PwC moved for sanctions against the City, and in October 2020, the Court awarded $2.5 million to PwC.

Ms. Elliot served as lead counsel for an information technology services company in a software implementation action pending in the Eastern District of New York, involving allegations of breach of contract, fraudulent inducement to enter into a contract, negligent misrepresentation, breach of warranty, and violations of New York General Business Law, Section 349.

Ms. Elliot is currently defending a Big Four accounting firm against claims for negligent and intentional misrepresentation in a $1.8 billion case in the Superior Court of California, County of Los Angeles.

Ms. Elliot served as national trial and appellate counsel to Wyeth (now Pfizer) in its defense of close to 400 product liability actions concerning neurological injuries (such as autism spectrum disorders) allegedly associated with the use of the preservative thimerosal in childhood vaccines.  Ms. Elliot ran the day-to-day operation of the litigation, argued motions in courts around the country for Wyeth and presented and cross-examined expert witnesses in a two-week Frye hearing in which Wyeth successfully attacked plaintiffs’ causation theories and the qualifications of plaintiffs’ proffered expert witnesses.  The court’s Frye ruling led to the dismissal of the claims of the approximately 300 plaintiffs in cases then-pending against vaccine manufacturers in Maryland.  Outside the courtroom, Ms. Elliot was responsible for responding to the relentless and well-coordinated attacks by advocacy groups through the Internet and in the media.*

Ms. Elliot was lead trial counsel in a three-week Bankruptcy Court trial in which she successfully defended her client against fraudulent conveyance and preference payment claims. She secured for her client his prior recovery (from a NY Surrogate’s Court proceeding litigated by Ms. Elliot) of a multi-million dollar advance he made in connection with a prospective joint venture.  No appeal was taken from the judgment of the Bankruptcy Court, which found in favor of Ms. Elliot’s client on all issues.*

Ms. Elliot has substantial experience representing and advising pharmaceutical companies in connection with disputes arising out of co-development, manufacturing and marketing agreements.

She has litigated patent infringement suits in the pharmaceutical and biotech industries, including the trial of multiple patent inventorship cases, and has advised on trade secret issues.

* Representations occurred prior to attorney’s association with Gibson Dunn