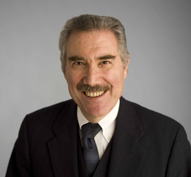 Baruch A. Fellner, a partner in Gibson, Dunn & Crutcher’s Washington, D.C. office, joined the firm in 1986 as a member of the Labor Department.  He has extensive experience in federal civil litigation, including labor, pension, profit sharing, employee benefits, occupational safety and health, and consumer product safety issues.

In 1990, Mr. Fellner founded the Firm’s occupational safety and health practice, which is recognized as one of the leading national OSHA practices especially in such areas as ergonomics litigation, challenges to OSHA regulations and OSHA fatality crisis management.  Mr. Fellner’s OSHA clients include UPS, Coke, Pepsi, Anheuser-Busch, General Electric Medical and Oldcastle Industries.

Mr. Fellner has represented these and other industry leaders in some of the most significant OSHA matters including:

Mr. Fellner has represented a number of clients before the Consumer Product Safety Commission over the past twenty years.  His experience includes convincing the CPSC that certain furnace equipment did not pose a substantial product hazard; recently, he represented Interactive Health with respect to the recall of a reclining chair.

Mr. Fellner formerly served as Associate General Counsel of the Pension Benefit Guaranty Corporation, a federal agency charged with administering the insurance program for all private defined benefit pension plans, where he was in charge of overseeing PBGC’s litigation program.  In that capacity, he coordinated the tactics and strategy of defending the constitutionality of the Multiemployer Pension Plan Amendments Act of 1980, against 165 separate district court challenges, and argued Gray v. PBGC and PBGC v. Connolly before the Supreme Court of the United States, achieving unanimous decisions in both cases.

Mr. Fellner was ranked as one of the top employment lawyers in the District of Columbia by Chambers USA – America’s Leading Business Lawyers (2005-2019 editions), in which he is acknowledged for ‘inspiring incredible client confidence’ and his ‘encyclopedic knowledge’ of OSHA law.  He has been listed in the 2019 edition of SuperLawyers for Labor and Employment Law work. Mr. Fellner was listed as a 2023 “Lawyer of the Year” for Labor & Employment work in Washington, D.C. by Best Lawyers®.  He was named in 2014 to the 100 Most Powerful Employment Lawyers by Lawdragon and Human Resource Executive (HRE )magazine. In 2015, Lawdragon added Mr. Fellner to the Employment Lawyers Hall of Fame for his “consistent recognition for all-around excellence in counseling clients”. Mr. Fellner is the co-author of the first book dealing with occupational safety and health law, entitled Occupational Safety and Health Law and Practice (1975), and has authored numerous articles and addressed numerous audiences in the OSHA and pension fields.