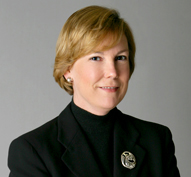 Ruth E. Fisher is a partner in the Los Angeles office of Gibson, Dunn & Crutcher.  She is a member of the firm’s Corporate Department and Co-Chair of its Media, Entertainment and Technology Practice Group.  Ms. Fisher has been named by Chambers and Partners as a Leading Media and Entertainment: Transactional Lawyer in California and one of the top 100 “Power Lawyers” by the Hollywood Reporter nine times between 2007 and 2017.  Variety also regularly names Ms. Fisher to its Legal Impact Report, an annual list of the leading attorneys in the entertainment industry, including in 2017. Since 2009, she has consistently been selected for inclusion in The Best Lawyers in America® in the fields of Entertainment Law – Music and Media Law.  Recently, Ms. Fisher has also been recognized as a leading lawyer in media and entertainment by Legal 500 and as one of the city’s top entertainment lawyers by the Los Angeles Business Journal in its 2010 list of “Who’s Who in L.A.”  The Daily Journal named her as one of “California’s Top Entertainment Lawyers” in 2014, one of the “Top Women Lawyers” from 2011 through 2015 and one of “California’s Top 100 Lawyers” in 2008, 2010, 2012, 2013 and 2015.  Ms. Fisher was also selected as a California Lawyer of the Year for 2008 by California Lawyer magazine.  She has been recognized by Chambers USA: America’s Leading Lawyers for Business in Media & Entertainment (Transactional).  Ms. Fisher was most recently recognized by Euromoney Legal Media Group in 2016 as the winner of the “Americas Women in Business Law” award and also by Expert Guides in their 2017 Guide to the World’s Leading Women in Business Law, which recognizes top female legal practitioners advising on business law.

Ruth regularly represents multi-media studios, interactive companies, entertainment related technology companies, software companies and other content providers in connection with mergers and acquisitions, including the acquisition and disposition of film libraries and music catalogs; content licensors and licensees in distribution, licensing, affiliation and retransmission agreements; and various companies in connection with investments in and the financing of entertainment-related entities.  She also has significant expertise with joint ventures in the entertainment and technology arenas, including joint ventures for the purpose of television and motion picture production and distribution, technology development and deployment, Internet-based music distribution and VOD motion picture distribution.

From 1980 to 1982, Ms. Fisher was a law clerk for U.S. District Court Judge Malcolm M. Lucas.  She received her law degree from the University of California at Los Angeles, where she served as a Comment Editor of the UCLA Law Review.