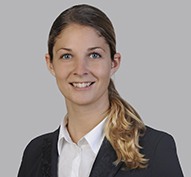 Franziska Gruber is an associate in the Munich office of Gibson, Dunn & Crutcher. She is a member of the firm’s Antitrust and Competition, Artificial Intelligence and Automated Systems, Intellectual Property, Privacy, Cybersecurity and Consumer Protection, Strategic Sourcing and Commercial Transactions, and Technology Transactions Practice Groups.

Ms. Gruber concentrates on European and German antitrust and competition law. She advises clients on all aspects of domestic and international antitrust issues, including merger control, market dominance, defense in cartel investigations, legal set-up of distribution systems, and complex transactions involving acquisitions, joint venture scenarios and various forms of cooperation within the industry.

Another strong focus of Ms. Gruber’s practice is on intellectual property and technology matters, including in the context of corporate transactions such as mergers and acquisitions or joint ventures.

Ms. Gruber studied law at the Ludwig-Maximilians University Munich with a focus on European and International Public Law. She worked as research and academic assistant for Prof. Dr. Grigoleit, Chair for Civil Law, Commercial and Corporate Law and Legal Theory. During her legal clerkship, she worked for Gibson Dunn in Munich as well as for an international advocate in Cape Town, South Africa. She has been admitted as a German lawyer (Rechtsanwältin) since 2017.

She regularly speaks on IP and data protection topics in workshops for ‘Stiftung der Deutschen Wirtschaft’.