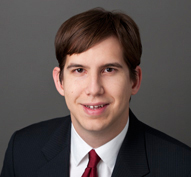 Daniel P. Harris is an associate in the New York office of Gibson, Dunn & Crutcher.  He is a member of Gibson Dunn’s Litigation Practice Group.

Mr. Harris also represents pro bono clients in civil, criminal, and immigration matters.  He has received two Commitment to Justice Awards from Her Justice, a non-profit organization that serves women living in poverty in New York, for his representation of victims of domestic violence in immigration matters.

Mr. Harris is admitted to practice in the State of New York and before the United States District Courts for the Southern, Eastern, and Western Districts of New York.