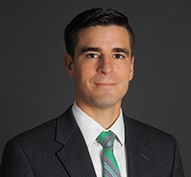 Kelsey Helland is an associate in the San Francisco office of Gibson, Dunn & Crutcher. He currently practices in the firm’s Litigation Department.

Mr. Helland advises clients on a wide range of federal and state court litigation issues.  He has handled high-stakes cases in a variety of subject areas, including civil appeals, consumer class actions, employment disputes, environmental disputes, and challenges to administrative agency action.  Mr. Helland has experience litigating on behalf of his clients in federal district court, the courts of appeals, and the Supreme Court of the United States, as well as various state courts.  His corporate clients include Chevron Corp., Crystallex International Corp., DoorDash, Inc., JUUL Labs, Inc., and Walmart, Inc., among others.

Mr. Helland has litigated high-profile cases involving constitutional issues and individual rights.  He is a member of the 2018 California Lawyers of the Year Gibson Dunn team representing six individual DACA recipients that successfully sued the federal government to block the termination of the DACA program.  He is also on the team that successfully restored the DACA status of Daniel Ramirez Medina, a DACA-holder who was arrested and had his status wrongfully taken away based on the false accusation that he was a gang member.

Mr. Helland is a member of the Board of Directors of the American Constitution Society’s Bay Area Lawyers Chapter.  ACS was founded on the principle that the law should be a force to improve the lives of all people.  The organization strives to make that goal a reality by empowering leaders and informing public discourse.

Mr. Helland is admitted to practice law in the State of California and before various federal courts.