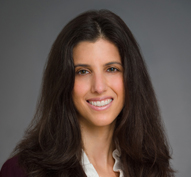 Ms. Hemendinger’s practice includes the representation of debtors, creditors, and other stakeholders in complex restructuring transactions, including chapter 11 proceedings, bankruptcy litigation, chapter 15 foreign recognition proceedings, and other contingency planning matters. Ms. Hemendinger has represented clients in a variety of industries, including retail, media, manufacturing, and oil and gas sectors.

Prior to joining Gibson Dunn, Ms. Hemendinger was an associate in the Business Restructuring & Reorganization Department of Jones Day from 2017 to 2020.

Ms. Hemendinger is admitted to practice before the Southern and Eastern District Courts of New York as well as New York state courts.