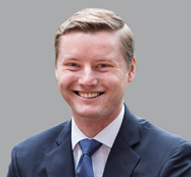 Jack Heyburn is an associate in the New York office of Gibson, Dunn & Crutcher. He previously practiced in the firm’s Washington, D.C. office from 2019 to 2021. Mr. Heyburn is a member of the firm’s Litigation Department, and he specializes in appellate and constitutional law, administrative law, and complex commercial litigation.

Prior to joining the firm, Mr. Heyburn served as a law clerk to the Honorable Marjorie O. Rendell, U.S. Court of Appeals for the Third Circuit (2018-2019).

Prior to law school, Mr. Heyburn served on the legislative staff for the United States Senate Majority Leader.  In 2013, Mr. Heyburn graduated with a Bachelor of Arts in History from Vanderbilt University.

Mr. Heyburn is admitted to practice in New York and the District of Columbia.