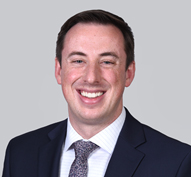 Mr. Holston earned his JD from Berkeley Law, where he graduated with Pro Bono Honors with Highest Distinction and was elected to the Order of the Coif.  While in law school, he served as Senior Articles Editor of the Berkeley Journal of African-American Law & Policy and Co-Leader of the Prisoner Advocacy Network.  Mr. Holston also represented people charged with misdemeanors at arraignment as a Certified Law Clerk for the Alameda County Public Defender and externed for Justice Richard L. Gabriel of the Colorado Supreme Court.

Prior to law school, Mr. Holston was VP of Operations and a member of the founding team of My90, Inc., which was later acquired by Axon Enterprise.  He received his Bachelor of Arts degree from Stanford University, where he served two terms as Chair of the Undergraduate Senate and competed on the Varsity Swim Team.

Mr. Holston is admitted to practice law in the State of California.