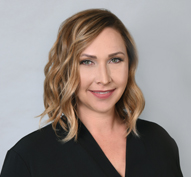 Jessica A. Hudak is an associate in the Orange County office of Gibson, Dunn & Crutcher.  She is a member of the firm’s Intellectual Property and Appellate and Constitutional Law Practice Groups.

Ms. Hudak previously served as a law clerk to Chief Judge Sharon Prost of the United States Court of Appeals for the Federal Circuit.

Ms. Hudak graduated from Stanford Law School, where she served as the Articles Editor Chair, the Peer Review Director, and a Lead Editor of the Stanford Technology Law Review.  She was also selected to be a student fellow in Stanford’s Legal Design Lab, where her work included inventing technology solutions for patent and trademark prosecution and litigation, researching law firm innovation, and working to reimagine the 21st century firm.

Prior to law school, Jessica worked as a patent agent.  Her patent prosecution practice focused on medical device technology in multiple clinical areas for early stage companies.  Jessica has also worked on patent portfolios for software platforms, APIs, and other technologies including wearables and internet-of-things devices.  After working for several years in law firms and in-house, Jessica founded her own law firm as a patent agent, which was acquired in 2016.

As a mechanical engineer, Jessica worked for the IDEO Health Practice, Ethicon Endo-Surgery, and for Stryker Instruments.  Ms. Hudak was also selected for the Stanford Biodesign Innovation Fellowship Program, a unique and highly competitive program.  During her time as a Biodesign fellow, Jessica mastered a process to identify important healthcare needs, invent novel health technologies to address them, and prepare to implement those products into patient care through start-up or corporate channels.

Jessica is a published author, editor, and guest lecturer at Stanford University on a variety of topics relating to patent law, strategy, and design thinking.  She is also a named inventor on a number of patents.

University of Michigan - 2004 Bachelor of Science