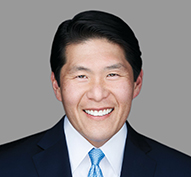 Robert K. Hur is a partner in the Washington, D.C. office of Gibson, Dunn & Crutcher, and Co-Chair of the Firm’s Crisis Management Practice Group.   A seasoned trial lawyer and advocate, he brings decades of experience in government and in private practice, including service in senior leadership positions with the U.S. Department of Justice, to guide companies and individuals facing white-collar criminal matters, regulatory proceedings and enforcement actions, internal investigations, and related civil litigation. He is also a member of the firm’s White Collar Defense and Investigations Practice Group and the National Security Practice Group.

Prior to joining Gibson Dunn, Mr. Hur served as the 48th United States Attorney for the District of Maryland.  Presidentially appointed and unanimously confirmed by the United States Senate, he served from 2018 to 2021 as the chief federal law enforcement officer in Maryland, setting strategic priorities for and supervising one of the largest and busiest U.S. Attorney’s Offices in the nation.  During his tenure as United States Attorney, the Office handled numerous high-profile matters including those involving national security, cybercrime, public corruption, and financial fraud.  In pursuit of sophisticated and impactful cases, Mr. Hur partnered closely with other enforcement agencies including the Securities and Exchange Commission, the Commodity Futures Trading Commission, the Department of Health and Human Services Office of Inspector General, and the Maryland Attorney General’s Office.  He also hired dozens of attorneys from diverse backgrounds to bring the Office to its maximum staffing level and as a member of the Attorney General’s Advisory Committee, counseled the Attorney General on matters of policy, procedure, and management.

Before serving as United States Attorney, Mr. Hur served as the Principal Associate Deputy Attorney General with the Department of Justice in Washington, D.C. from 2017 to 2018.  In the position of “PADAG,” Mr. Hur was a member of the Department’s senior leadership team and the principal counselor to Deputy Attorney General Rod J. Rosenstein, assisting him with oversight of all components of the Department including the National Security, Civil, Criminal, and Antitrust Divisions, all 93 U.S. Attorney’s Offices, and the Federal Bureau of Investigation.  He also liaised regularly on behalf of the Justice Department with the White House, Congressional committees, and federal intelligence, enforcement and regulatory agencies.

Mr. Hur is an accomplished trial lawyer, having tried fourteen cases as a federal prosecutor and in private practice.  He was a member of the trial team that won a clean-sweep acquittal in 2016 for Vascular Solutions, Inc., a publicly traded medical device company, in a groundbreaking federal criminal trial involving off-label promotion charges.  More recently, in 2020 as United States Attorney, he tried and won conviction in an international money-laundering trial that was the first in-person federal jury trial conducted in the Washington, D.C. region during the COVID-19 pandemic.

Mr. Hur served as an Assistant U.S. Attorney in the District of Maryland from 2007 to 2014, where he prosecuted gang violence, firearms offenses, and narcotics trafficking, as well as white-collar offenses including financial institutions fraud, public corruption, mortgage fraud, tax offenses, computer network intrusions, and intellectual property theft.  He received the Attorney General’s Distinguished Service Award for superior performance and excellence as a lawyer.

Before serving as an Assistant U.S. Attorney, Mr. Hur served as Special Assistant and later Counsel to Christopher Wray, then-Assistant Attorney General in charge of the Justice Department’s Criminal Division, where he handled counterterrorism, corporate fraud, and appellate matters.  Mr. Hur also was a litigation partner with a global law firm in Washington, D.C., where he represented a diverse array of companies, including financial services institutions, medical device manufacturers, and automakers.

Mr. Hur is a member of the Stanford Law School Board of Visitors, which advises the dean on issues including the legal profession, legal education and curricular initiatives, student admissions, and resource needs.  Appointed by Maryland Governor Larry Hogan, Mr. Hur also serves as a member of the University System of Maryland (“USM”) Board of Regents, which oversees the system’s academic, administrative, and financial operations; formulates policy; and appoints the USM chancellor and the presidents of the system’s 12 institutions.  He is also a barrister with the Edward Bennett Williams Inn of Court, an invitation-only professional organization specializing in white-collar prosecution and defense.

Mr. Hur also serves as Chair of the Asian American Hate Crimes Workgroup, a statewide body formed by Governor Larry Hogan and charged with developing strategies, recommendations, and actions to address the rise in violence and discrimination targeting the Asian American community.  He is an active member of the Alliance for Asian American Justice, a national pro bono initiative providing legal services to victims of anti-Asian hate, and previously served on the Board of Directors of the Asian Pacific American Bar Association of the District of Columbia (APABA-DC).