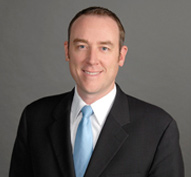 Joshua Jessen is a partner in Gibson, Dunn & Crutcher’s Orange County and Palo Alto offices. He is a member of the firm’s Litigation Department and practices in the Privacy, Cybersecurity and Data Innovation Group, Intellectual Property Group, and Health Care and Life Sciences Group.

Mr. Jessen’s practice focuses on data privacy and cybersecurity, consumer law and class actions, complex commercial litigation, and intellectual property litigation. He has represented many companies in putative data privacy and data security class actions, and has been instrumental in obtaining dismissals or other successful resolutions of those actions. Mr. Jessen also has represented a wide array of clients in high-stakes patent, copyright, trademark, and trade secrets litigation. In addition, he was involved in the defense of a significant white collar criminal matter relating to alleged violations of the Foreign Corrupt Practices Act.

Mr. Jessen was named a national “Rising Star” by Law360, which identified him as one of five lawyers to watch in 2012 in the privacy and consumer protection practice area. The Recorder also named him as one of its 50 “Fast Track” lawyers in 2012, which recognizes California attorneys “whose early accomplishments indicate they will be tomorrow’s top lawyers and leaders.”

In addition, Mr. Jessen has acted as a guardian ad litem, on a pro bono basis, for children affected by temporary protective order proceedings, and he previously completed a two-month stint as a Deputy District Attorney in the Orange County District Attorney’s Office, where he examined approximately 25 witnesses in open court and obtained a conviction – after a jury trial – in a case believed to be unwinnable.

University of Pennsylvania - 1996 Bachelor of Arts