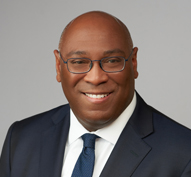 Mr. Jones has almost a decade of Capitol Hill experience advising three U.S. Senators and a member of Congress and political experience in the executive branch.  Drawing upon that experience, Mr. Jones’s practice focuses on promoting and protecting clients’ interests before the U.S. Congress and the Administration, including providing a range of public policy services to clients such as strategic counseling, advocacy, coalition building, political intelligence gathering, substantive policy expertise, legislative drafting, and message development.  He also advises on congressional investigations, internal corporate investigations, and other government investigations, as well as helping clients respond to major crises involving multiple government agencies and branches.

Prior to joining the firm, Mr. Jones served for almost a decade in senior-level roles on Capitol Hill, most recently as Chief of Staff to U.S. Representative Abigail Spanberger, as Legislative Director to U.S. Senator Dianne Feinstein, as Senior Counsel to U.S. Senator Cory A. Booker, and as Counsel, and later Senior Counsel, on the U.S. Senate Judiciary Committee for then-Chairman Patrick Leahy.

During his Capitol Hill tenure, Mr. Jones advised on the confirmations of three Supreme Court Justices and three Attorneys General along with dozens of nominations to federal courts and the Department of Justice, assisted with oversight and investigations of the Department of Justice and White House, and advised on several bills that were enacted into law, including the Matthew Shepard and James Byrd, Jr. Hate Crimes Prevention Act and Sentencing Reform and Corrections Act, which led to the passage of the First Step Act.

Mr. Jones graduated with high honors from Stanford University, and received a J.D. from the University of Virginia Law School, where he was Editor-in-Chief of the Journal of Social Policy & Law and co-founder of the Law School’s Center for Race & Law.  Mr. Jones clerked for Judge Carl E. Stewart on the U.S. Court of Appeals for the Fifth Circuit and Judge Alexander Williams, Jr., on the U.S. District Court for the District of Maryland.  Early in his career, he served as the Francis D. Murnaghan, Jr., Appellate Advocacy Fellow at the Public Justice Center.  He has been published in the Harvard Law & Policy Review where he co-authored an article on police reform with Senator Cory Booker (D-NJ).

Mr. Jones has twice been named to the National Black Lawyers “Top 100” list for 2021 and 2022. and has been a member of teams that received the firm’s 2021 Frank Wheat Team Pro Bono Award for demonstrated leadership in their pro bono work.  In addition, Mr. Jones received the Lawyers’ Committee for Civil Rights 2021 Brooks R. Burdette “Rising Impact” New Board Member Award for “displaying innovative leadership and service in the cause of equal justice under law” for his leadership in shepherding Kristen Clarke’s historic nomination for Assistant Attorney General for Civil Rights and helping to advance the landmark George Floyd Justice in Policing Act through Congress.

Previously, in 2018, he was honored by the UVA Lawyer magazine as a “standard-bearer,” one of the Law School’s outstanding Black alumni who have made their mark. In 2017, he was named as a Stennis Fellow on Capitol Hill, a bipartisan leadership development program for select senior-level congressional staff to explore ways to improve the effectiveness of congressional staff. In 2016, Mr. Jones was honored as a Wasserstein Public Interest Fellow at Harvard Law School, which recognizes exemplary lawyers who have distinguished themselves in public interest work.

Mr. Jones is active in his community.  He is the Secretary and Executive Committee member of the national board of the American Constitution Society, the nation’s leading progressive legal organization, with more than 200 student and lawyer chapters in almost every state and on most law school campuses. He also serves as a national board member of the following organizations:  Lawyers’ Committee for Civil Rights Under Law, a nonprofit formed in 1963 at the request of President John F. Kennedy to enlist the private bar’s leadership and resources in combating racial discrimination; The Medgar and Myrlie Evers Institute, the official organization dedicated to advancing the social justice legacy of Mississippi civil rights heroes Medgar Evers and Myrlie Evers; Stanford Athletic Board, which supports the Stanford University athletic department programs; and the Stanford National Black Alumni Association.

He is a member of the firm’s Political Action Committee.

Mr. Jones is a member of the bars of the State of Maryland and District of Columbia and admitted to practice before the United States Courts of Appeal for the Fourth, Ninth, and Eleventh Circuits.