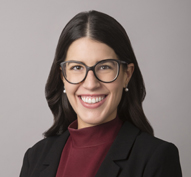 Mary Jessica “M.J.” Kirsch is an associate in the D.C. office of Gibson, Dunn & Crutcher.  She practices in the firm’s litigation department, with a particular focus on appellate and constitutional law and commercial litigation. Prior to joining the firm, Ms. Kirsch served as a law clerk to the Honorable Allison J. Rushing on the U.S. Court of Appeals for the Fourth Circuit.

Ms. Kirsch received her J.D. with honors from the Georgetown University Law Center in 2019.  During law school, Ms. Kirsch was Editor in Chief of The Georgetown Law Journal and was awarded the Dean’s Certificate for Outstanding Service in that role.  Ms. Kirsch also received the International Academy of Trial Lawyers Student Advocacy Award for her work in the Appellate Courts Immersion Clinic, where she was part of a team that briefed—and won—two cases in the U.S. Court of Appeals for the Fifth Circuit.  While at Georgetown, Ms. Kirsch served as a judicial intern to the Honorable Richard J. Leon, U.S. District Court for the District of Columbia, and as a law clerk to former Chairman Chuck Grassley, U.S. Senate Committee on the Judiciary.

Ms. Kirsch earned her undergraduate degree with honors from Georgetown University, Edmund A. Walsh School of Foreign Service, where she received a Bachelor of Science in Foreign Service and an Honors Certificate in Latin American Studies.

Ms. Kirsch is a member of the District of Columbia Bar and is admitted to practice in the U.S. Court of Appeals for the Fourth, Fifth, and Seventh Circuits.