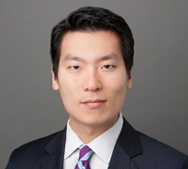 Casey Kyung-Se Lee is a trial and appellate litigator in the New York office of Gibson, Dunn & Crutcher.  Mr. Lee is a member of the Firm’s Litigation Department, as well as the Appellate and Constitutional Law, White Collar Defense and Investigations, Intellectual Property, Antitrust and Competition, Media, Entertainment and Technology, and Fashion, Retail and Consumer Products Practice Groups.

Mr. Lee rejoined Gibson Dunn in 2020 after serving as an Assistant United States Attorney in the Civil Division of the U.S. Attorney’s Office for the Southern District of New York, where he investigated allegations of fraud against the United States under the False Claims Act, Anti-Kickback Statute, and other laws.  Mr. Lee also represented federal agencies and officers in a wide variety of affirmative and defensive matters, including cases involving constitutional law, the Administrative Procedure Act, bankruptcy, employment discrimination, the Freedom of Information Act, and trademark law.

*Includes representations prior to Mr. Lee’s association with Gibson Dunn

Mr. Lee earned his Juris Doctor in 2010 from the University of Virginia School of Law, where he was elected to the Order of the Coif.  At Virginia, Mr. Lee was an Articles Editor for the Virginia Law Review, a semifinalist in the 81st William Minor Lile Moot Court Competition, and a member of the Supreme Court Litigation Clinic.  Following his graduation from law school, Mr. Lee served as a law clerk to the Honorable Debra Ann Livingston of the United States Court of Appeals for the Second Circuit, and was a litigation associate at Cravath, Swaine & Moore.  Mr. Lee graduated cum laude from Yale College in 2004 with a Bachelor of Arts degree in Ethics, Politics, and Economics.