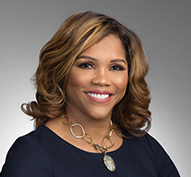 Veronica S. Moyé is a partner in Gibson Dunn’s Dallas office and Co-Chair of the Firm’s global Litigation Practice Group. She serves as lead counsel on highly complex matters in a wide variety of disciplines, including antitrust, intellectual property, class actions, and commercial/business disputes.  She has served on the Firm’s Management and Executive Committees and is nationally recognized for her abilities and accomplishments as a trial lawyer.

BTI Consulting named Ms. Moyé to its 2014 BTI Client Service All-Stars list, and, in 2015, to its list of Client Service All-Star MVPs.  The list features an “elite group of standout attorneys” identified by corporate counsel as those who provide “the absolute best client service,” demonstrating attributes such as “putting the clients’ needs first, understanding the clients’ legal and business objectives – and how legal advice impacts them, responsiveness, anticipating the needs of clients – and proactively solving or preventing issues, achieving the clients’ targeted goals.”  She has been recognized for her antitrust work by Chambers USA: America’s Leading Business Lawyers in 2010-2021. She was included on “The Defenders” list of the best defense lawyers in North Texas by the Dallas Business Journal in 2009, as a result of the unanimous defense verdict she obtained when representing writer, producer, director, and actor Tyler Perry during trial of a copyright infringement claim in the United States District Court for the Eastern District of Texas.  She was also named as one of The Best Lawyers in America® for Commercial Litigation and Litigation – Antitrust (2013-2022).  Texas Lawyer named Ms. Moyé one of the Extraordinary Minorities in Texas Law in 2015, and Dallas Business Journal named her one of the leading Women in Business in North Texas in 2011.

Ms. Moyé previously served as general counsel of the nation’s largest healthcare Group Purchasing Organization (GPO), and in that role, she had overall responsibility for all legal matters as well as for advising the company’s senior management, board of directors, and business units regarding the numerous antitrust, congressional/DOJ/HHS investigation, legislative, procurement, and compliance issues it faced.  Prior to joining Gibson Dunn in 2011, she was a Partner at Vinson & Elkins, where she was a member of that firm’s Management Committee and Co-Head of its Antitrust Practice Group.

Ms. Moyé received her law degree from Harvard Law School in 1986.  She holds a S.B. in Chemical Engineering from Massachusetts Institute of Technology, where she graduated in 1983.

Ms. Moyé is admitted to practice in the state courts of New York, New Jersey and Texas.  She is also admitted to practice in the United States Supreme Court; U.S. Courts of Appeal for the Third, Fifth, and Eighth Circuits; U.S. District Courts for the Southern District of New York and the Northern, Southern, Eastern and Western Districts of Texas.