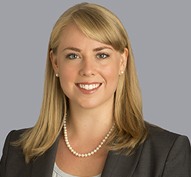 Andrea R. Lucas is a senior associate in the Washington, D.C. office of Gibson, Dunn & Crutcher.  She is a member of the firm’s Labor & Employment Practice Group and its Litigation Department.

Ms. Lucas has represented clients at the federal and state appellate and trial court level, as well as in administrative forums and arbitration.  She has represented employers in single plaintiff and class action litigation in a wide-range of employment matters, including those involving sexual harassment, race, age, and disability discrimination, executive employment disputes, wrongful termination, wage and hour laws, and unfair labor practices.  She also has significant experience in trial proceedings, including conducting direct examinations of several fact witnesses during a 21-day administrative hearing before a NLRB judge and direct examination of a fact witness in a multi-week arbitration hearing.

In addition to her litigation matters, Ms. Lucas also dedicates a substantial portion of her practice to advising employers on a wide variety of employment-related issues, including with respect to sexual harassment and other sensitive workplace investigations; large-scale voluntary and involuntary separation programs and related reorganizations; executive separations and related agreements, confidentiality and other employment agreements; independent contractor status; wage-and-hour compliance; terminations; enforcement of non-solicitation, non-competition, and other restrictive covenants; background checks; affirmative action regulatory compliance; and disability accommodation.

Ms. Lucas was an associate at Gibson Dunn from 2011 to 2012.  She then served as a law clerk to Judge James C. Cacheris of the United States District Court for the Eastern District of Virginia from 2012 to 2013.  She rejoined the firm in 2013.

University of Pennsylvania - 2008 Bachelor of Arts