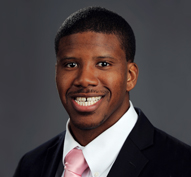 Mr. Lumumba represents multinational corporations as well as individuals in internal investigations and enforcement actions before government agencies.  He has significant experience representing clients in white collar and securities matters concerning the Foreign Corrupt Practices Act and other anti-corruption laws before the U.S. Department of Justice (DOJ) and the U.S. Securities and Exchange Commission (SEC).  Mr. Lumumba also regularly advises public companies on the structure and effectiveness of their anti-corruption compliance programs, including company policies and procedures, third-party due diligence systems, corruption risk assessments, and anti-corruption training modules.  Mr. Lumumba is proficient in Spanish and Portuguese.  He regularly reads, writes, and speaks Portuguese in professional contexts.  Mr. Lumumba has conducted investigations and advised clients in connection with some of the largest anti-corruption enforcement actions in Latin America, including Brazil’s Operation Lava Jato and Operation Carne Fraca.  Representative matters include:

Mr. Lumumba earned his law degree in 2011 from Yale Law School, where he served as President of the Yale Black Law Students Association.  He received his Bachelor of Arts in English: Creative Writing in 2005, graduating cum laude and Phi Beta Kappa from the Colorado College.  After completing undergraduate work, Mr. Lumumba was a Thomas J. Watson Fellow in Guatemala and Brazil.  In 2019, Mr. Lumumba was selected to participate in the Brazil-US “40 and Under” White Collar Lawyers Initiative, which consists of more than 120 white collar lawyers across 50 law firms in various cities in the U.S. and Brazil.  Mr. Lumumba is admitted to practice law in Texas, Colorado, the U.S. District Court for the District of Colorado, and the U.S. Court of Appeals for the Tenth Circuit.