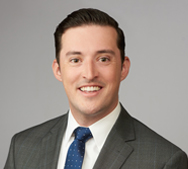 Jason Manion is an associate attorney in Gibson, Dunn & Crutcher’s Washington D.C. office.  He practices in the firm’s Litigation Department, and is a member of the Appellate and Constitutional Law, Administrative Law and Regulatory, and Privacy, Cybersecurity and Data Innovation practice groups.  He has extensive appellate briefing experience and has twice presented oral argument, once in the U.S. Court of Appeals for the Sixth Circuit and once in the Ohio Supreme Court.

Prior to joining Gibson Dunn, Mr. Manion served as a law clerk to Judge Alice M. Batchelder and Judge Eric E. Murphy, both of the U.S. Court of Appeals for the Sixth Circuit.  In between those clerkships, he served for a year as the Simon Karas Fellow and a Deputy Solicitor General in the Ohio Attorney General’s office, where he represented the State of Ohio and its agencies primarily in the U.S. Supreme Court, the U.S. Court of Appeals for the Sixth Circuit, and the Ohio Supreme Court.  He also served as a Special Counsel to Senator Ted Cruz on the U.S. Senate Committee on the Judiciary for the confirmation of Justice Amy Coney Barrett.