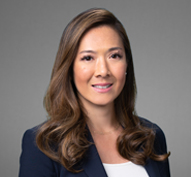 Paulette Miniter is an associate in the Dallas office of Gibson Dunn & Crutcher.  She practices in the firm’s Litigation Department, representing a wide range of clients in difficult or significant disputes.

Ms. Miniter brings a special combination of courtroom experience and a facility with complex legal issues to advise clients and achieve successful results.  She has played a lead role in managing complicated or large cases, including from the earliest stages of litigation to trial and appeal, and she has argued and briefed successfully in federal and state trial and appellate courts.

She previously practiced law at a Chambers-ranked litigation boutique in Dallas and served as a law clerk to Judge Catharina Haynes of the United States Court of Appeals for the Fifth Circuit.  Ms. Miniter earned her law degree from the University of Virginia, where she was elected to the Order of the Coif and was an editor for the Virginia Journal of International Law.  Before practicing law, Ms. Miniter was a journalist for national news organizations in New York and Washington, D.C.

Ms. Miniter enjoys being active in the community and legal profession. She serves on the board of the nonprofit organization New Friends New Life, and she is a member of Orchid Giving Circle at Texas Women’s Foundation.  She has also served as appointed counsel as a member of the Fifth Circuit’s Pro Bono Panel, is co-chair of the American Bar Association’s Delaware Corporations Subcommittee-Commercial & Business Litigation Committee, and she is a past Co-Editor for the American Bar Association’s Corporate Counsel Committee Newsletter.  Ms. Miniter is also active in alumni activities as a member of the Rotunda Society and a mentor for the UVA Lone Star Lawyers 1L Mentorship Program.

University of Texas at Austin - 2002 Bachelor of Arts