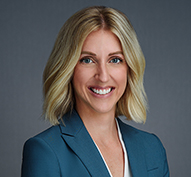 Annie Motto is an associate in the New York office of Gibson, Dunn & Crutcher LLP where she currently practices in the firm’s Litigation Department, and is a member of the International Trade practice group.

Ms. Motto earned her undergraduate degree in Political Science and Psychology from the University of Minnesota.

Prior to joining Gibson Dunn, Ms. Motto served as a Trial Attorney for the United States Department of Justice, Civil Division, Commercial Litigation Branch, where she gained substantial trial and appellate litigation experience representing the United States in a variety of commercial litigation matters, including international trade, bid protests, breach of contract, veterans benefits, and employee and personnel suits.  As a Trial Attorney, she argued more than 25 cases in federal trial and appellate courts and achieved a directed verdict in favor of the United States in a trial where plaintiff sought more than $6 million in damages.  Ms. Motto received a Special Commendation Award and Attorney General’s Award—the Department’s highest award for attorneys—for work she did as part of a team defending the United States in high-profile international trade and national security matters.  Prior to joining the Department of Justice, Ms. Motto served as a law clerk to The Honorable Karen L. Hayes in the Western District of Louisiana and The Honorable Joe Billy McDade in the Central District of Illinois.

University of Minnesota - 2013 Bachelor of Arts