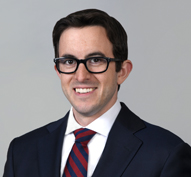 Jeff G. Mudd is an associate in the Los Angeles office of Gibson, Dunn & Crutcher, and a member of the firm’s Litigation Department. Mr. Mudd’s practice focuses on litigation, including general commercial, labor and employment, trade secrets, and antitrust disputes. Mr. Mudd has experience defending corporate clients in breach of contract disputes, antitrust investigations and class actions, and False Claims Act matters. He also has significant experience advising and representing employers in enforcement of noncompetition agreements against departing executives.

Mr. Mudd is a member of the State Bars of California and New York, and is admitted to practice law before the United States District Courts for the Central District of California and the Southern and Eastern Districts of New York.