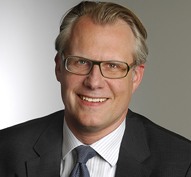 He has advised on many complex merger control matters in his career, both before the European Commission and the German Federal Cartel Office, e.g., most recently on Telefónica Deutschland/E-Plus, Vodafone/Certain Liberty Global Assets, Tata Steel/ThyssenKrupp/JV (representing a third-parties, respectively), Marriott/Starwood, TIL/PSA/PSA DGD or PepsiCo/SodaStream. Mr. Murach also has strong experience in managing global merger control investigations in virtually every part of the world.

Mr. Murach regularly represents companies in cartel and abuse of dominance investigations before both the European Commission and the German Federal Cartel Office including leniency applications, settlement negotiations, and appeals against fines before courts. He also has strong experience in advising on vertical distribution matters, such as setting-up selective distribution systems, and represents clients in commercial and administrative antitrust litigation before German courts and the Courts of the EU in Luxemburg.

The JUVE Handbook 2019/2020 “frequently recommends” Mr. Murach, citing competitors who describe him as “excellent lawyer, very pleasant to work with“. He was selected among the leading German EU Antitrust specialists in Brussels by the JUVE Handbook 2017/2018. The edition 2016/2017 includes quotes recognizing him as “super antitrust lawyer”. He is recommended in Who’s Who Legal: Competition (Brussels), and has been selected among The Best Lawyers™ in Germany 2020 for both Competition/Antitrust Law and Litigation.

He is a frequent author and speaker on antitrust issues. He has authored a handbook on German Merger Control (Deutsche Fusionskontrolle, Erich Schmidt) and co-authors a leading German commentary on EU antitrust law (Frankfurter Kommentar zum Kartellrecht, Otto Schmidt). Mr. Murach is a member of the academic advisory board of the renowned German antitrust law journal Wirtschaft und Wettbewerb (WuW) and was shortlisted for the Best Business Cross-Border Issues Articles Award at the 2018 Antitrust Writing Awards.

Prior to joining Gibson Dunn, Mr. Murach headed the EU and competition practice in a renowned German law firm. Before that, he practiced with a leading international law firm in the Düsseldorf, Brussels and New York offices.

He speaks German and English.