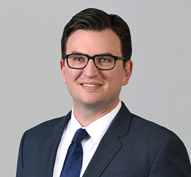 ​Michael Neumeister is a partner in the Los Angeles office of Gibson, Dunn & Crutcher.  He is a member of the Business Restructuring & Reorganization Group and the Corporate Department.

Mr. Neumeister is currently a member of the Financial Lawyers Conference, the American Bankruptcy Institute, Turnaround Management Association, and the Los Angeles County Bar Association. Mr. Neumeister was recognized by The Best Lawyers in America® in the area of Bankruptcy and Creditor Debtor Rights / Insolvency and Reorganization Law in 2022. He has also been named a “Rising Star” in the field of Bankruptcy & Creditor/Debtor Rights by Super Lawyers Magazine since 2013.

Mr. Neumeister received his Juris Doctor in 2010 from the University of Southern California Law School, where he graduated as a member of the Order of the Coif and served as a Senior Content Editor for the Southern California Law Review.  While in law school, Mr. Neumeister also held a judicial externship with the Honorable Sandra S. Ikuta of the United States Court of Appeals for the Ninth Circuit.  He received his Bachelor of Arts degree with honors in 2006 from the University of California, San Diego.

Mr. Neumeister is admitted to practice in the State of California.

Article - October 21, 2021 | Sale toggles in Chapter 11 plan processes
Webcasts - January 19, 2021 | Webcast: Bankruptcy and Real Estate: Risks and Opportunities in Distressed Situations
Press Releases - November 16, 2020 | Gibson Dunn Promotes 20 Lawyers to Partnership
Client Alert - April 7, 2020 | A World Without Sports – What Happens Now?
Webcasts - May 29, 2019 | Webcast: Getting Ready for the Next Cycle: Unlocking Value in Troubled Companies: 363 Asset Sales and Alternatives
Top
This website uses cookies to provide analytics on user traffic. By continuing to browse our website, you consent to our use of cookies as set forth in our Cookie Policy. However you may visit Cookie Settings to customize your consent.
Cookie SettingsACCEPT
Privacy & Cookies Policy