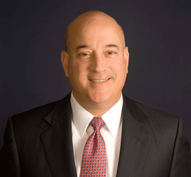 ​Trey Nicoud is a partner in the San Francisco office of Gibson, Dunn & Crutcher. He is a member of the firm’s Antitrust and Trade Regulation Practice and its Litigation Department.

Mr. Nicoud concentrates his practice on antitrust litigation and counseling. He represents clients in both civil and criminal investigations and lawsuits, and advises clients on a variety of antitrust matters, including mergers and acquisitions, joint ventures, distribution practices, and licensing.

Before joining Gibson Dunn, Mr. Nicoud served as Associate General Counsel of American Airlines, Inc., where he managed antitrust, environmental, intellectual property, and occupational safety and health legal services. While at American Airlines, Mr. Nicoud led the successful defense of United States v. AMR Corp., 140 F. Supp. 2d 1141 (D. Kan. 2001), aff’d, 335 F.3d 1109 (10th Cir. 2003), assisted in the company’s successful purchases of BusinessExpress, RenoAir, and substantially all of the assets of TWA, advised on the formation and structuring of alliances, and managed the company’s response to a variety of lawsuits and government investigations.

Mr. Nicoud served on the Editorial Board for Antitrust Law Developments (Seventh), one of the leading treatises on U.S. antitrust law.  Chambers and Partners ranks him in Band 3 for California Antitrust. He is also recognized as a leading antitrust practitioner in Global Competition Review’s International Who’s Who of Competition Lawyers and Economists, Institutional Investor’s Benchmark Litigation Guide, and as a Northern California “Super Lawyer” for antitrust litigation.​​