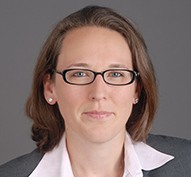 Nicola Paterson is an associate in the San Francisco office of Gibson, Dunn & Crutcher. She practices in the firm’s Litigation Department and has litigated a wide range of cases, including matters involving white collar defense and investigations, securities litigation and enforcement, contractual disputes, cybersecurity, antitrust, and life sciences.

Prior to joining Gibson Dunn, Ms. Paterson was an associate at another leading international law firm, and a fellow at the Georgetown Center on National Security and the Law.

Ms. Paterson is admitted to practice law in the State of California and the District of Columbia.

University of Kent - 2004 Bachelor of Arts

University of Exeter - 2000 Bachelor of Arts