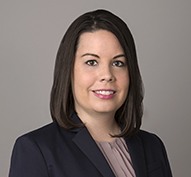 Erin N. Rankin is an associate in the Washington, D.C. office of Gibson, Dunn & Crutcher, where she practices in the firm’s Litigation Department.

Ms. Rankin has extensive experience litigating government contract disputes and advising clients on FAR and DFARS compliance, with a particular focus on cost and pricing issues.  Ms. Rankin also assists clients with all types of legal questions and disputes that arise in the creation, performance, and closing out of government contracts.  She defends clients against False Claims Act allegations, negotiates and drafts subcontracts, conducts internal investigations, navigates disputes between prime and subcontractors, and represents clients in mandatory disclosures and suspension and debarment proceedings.  In addition, Ms. Rankin conducts due diligence for clients buying or selling companies that perform government contracts.  Ms. Rankin also has an active pro bono practice, advocating for veterans, immigrants, and voter rights.

Prior to joining the firm in 2015, Ms. Rankin was an associate at Vinson & Elkins LLP in Washington, D.C., where she practiced in the government contracts, export controls and economic sanctions groups.