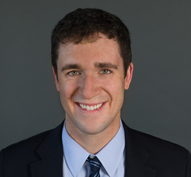 Daniel Rauch is an associate attorney in the Denver office of Gibson, Dunn & Crutcher, where he practices in the firm’s litigation department. Prior to joining Gibson Dunn, Mr. Rauch served as Counsel to the Colorado Attorney General, where he litigated and argued criminal and constitutional appeals on behalf of the State of Colorado. He also practiced at a nationally-recognized trial litigation boutique in Denver. At the start of his legal career, Mr. Rauch served as law clerk to the Honorable Neil M. Gorsuch on the United States Court of Appeals for the Tenth Circuit.

Mr. Rauch graduated from Yale Law School in 2016. While at Yale, he served as Project Editor to the Yale Law Journal, was a finalist in the Morris Tyler Moot Court competition, and was chosen as a Coker Fellow (legal writing instructor) in contract law. He has published academic works on topics including antitrust law, federalism, the sharing economy, and school choice.

Mr. Rauch is admitted to practice law in Colorado and in New York.