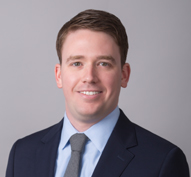 Josh Robbins is an associate in the Washington, D.C. office of Gibson, Dunn & Crutcher. He currently practices in the firm’s Litigation Department.

Mr. Robbins graduated from the University of Virginia School of Law in 2016, where he was an Articles Editor for the Virginia Law Review.  He also briefed and argued a case in the United States Court of Appeals for the Fourth Circuit in conjunction with the law school’s Appellate Litigation Clinic.  In 2011, Mr. Robbins graduated from Yale University, where he earned a Bachelor of Arts Degree in Economics and International Studies.  Mr. Robbins was recognized as a Best Lawyers: Ones to Watch in America™ for 2023 (Administrative, Regulatory Law).

Prior to joining the firm, Mr. Robbins clerked for The Honorable Jerry E. Smith in the United States Court of Appeals for the Fifth Circuit.

Mr. Robbins is admitted to practice law in the Commonwealth of Virginia and the District of Columbia.